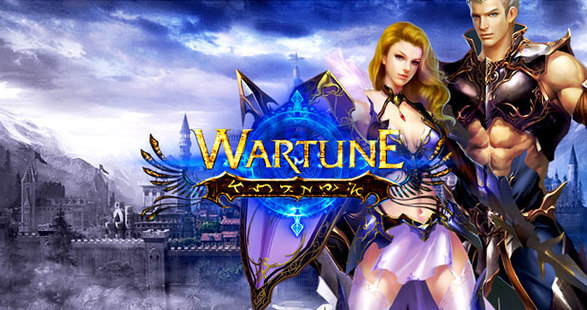 Wartune is a browser based MMORPG that mixed elements of strategy games in with the classic turn based RPG features; typically fans of both genres need to choose between them but in Wartune there's no need as RPG and strategy is strongly interlinked.

There are 3 classes to select from being the Knight, Archer and Mage classes; players can create 'builds' for their characters by using specific equipment, soul engraving and mounts. Wartune uses a card system which also allows players to collect cards in order to boost their build depending on the situation so combat style can be somewhat customized. While an interesting system it does have a downside, more competitive players will need to spend some real money on the game to keep up with other players as they need to get specific cards and the quickest way to get more of these is to pay money into the game.

The player needs to strengthen their hero by improving their skills which can be mostly done by taking over resources near the city; in order to venture into the wilderness you will need help from other players or a small army. Progressing through the game provides stronger equipment for the player character and for a browser game there are plenty of options for players to customize their gear; equipment can also be enchanted, refined and recycles.

While physical customization may be lacking there are plenty of options and ways to further customize a character such as the Astral System which allows player to mix a variety of combinations together to give special bonuses to the character. However this system only comes into the game once the character reaches level 25.

It's pretty clear there are some pay-to-win aspects in the game; being a VIP removes the cooldown timers on facilities and buildings which is a huge boost to paying players. The city builder aspect of the game is real-time based like many other strategy games and can leave players waiting hours for a new building to be constructed, for VIP players this wait time is removed.

The city building element is very similar to other games and uses the same standard idea that strategy fans will be well accustomed to. Obtain resources and construct buildings while protecting it from attack. Players need to grow their army for the war against the demons and they need to focus on building a strong military force from the city by building barracks and other buildings such as temples in order to unlock more units. Unlike other city builders the only purpose of this city is to raise an army as there is little point to have it otherwise.

Wartune combat is turn based where players can place their units on the front or back rows accordingly; there is also a quick time event combat system where players initiate an attack then need to type a set of keys to boost the attack. However most of the combat can be automated and can just be left alone to complete itself; the combat is very limited as it allows player to select abilities to use but does not allow them to choose which enemy to use the ability on.

Wartune also features an auto-walk system to take the player character from quest to quest automatically with little to no input from the player at all. Players can just leave the game to run as the game automates almost all of it, great for grinders but it does mean player interaction is pretty limited.

The free-to-play MMO does quite a bit to cross the RPG and the strategy genre together to create a moderately entertaining game however dedicated fans to each genre may struggle a little with Wartune; strategy fans will become frustrated quickly at the level of automation and MMO fans will become frustrated with the need detailed strategy and city building. Wartune is entertaining enough to play but could be frustrating unless you enjoy both MMO's and strategy games. 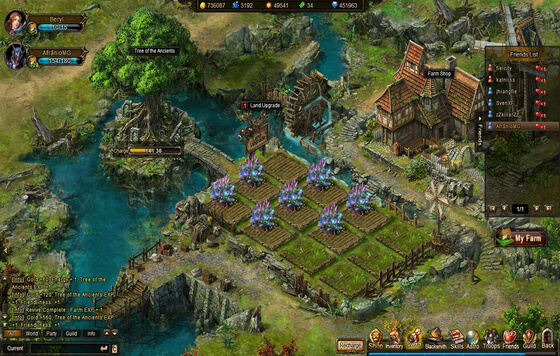 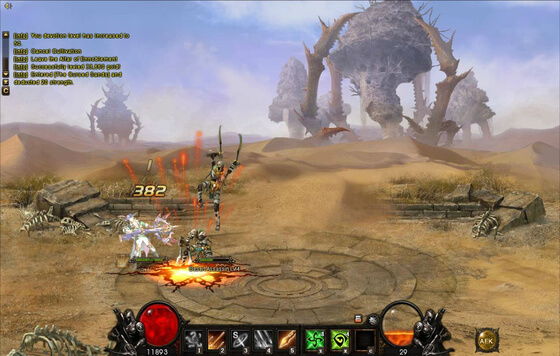 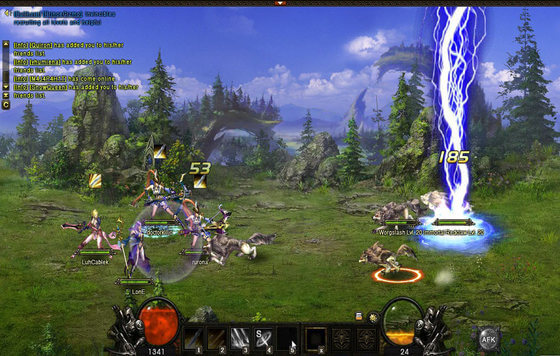 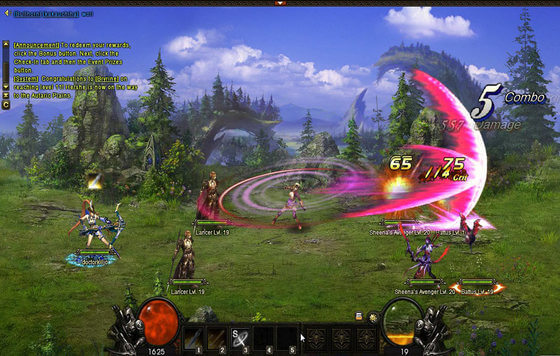 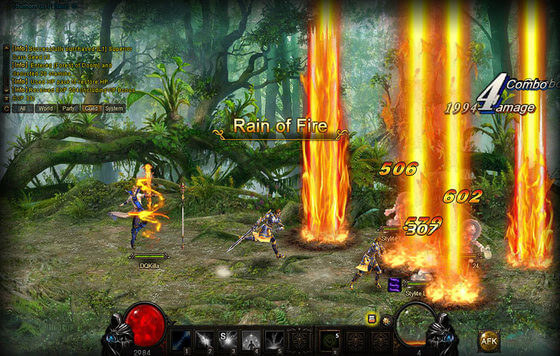 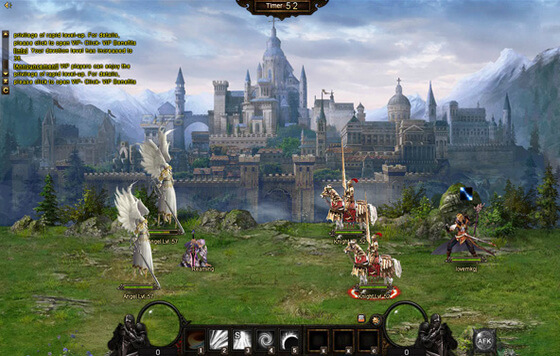 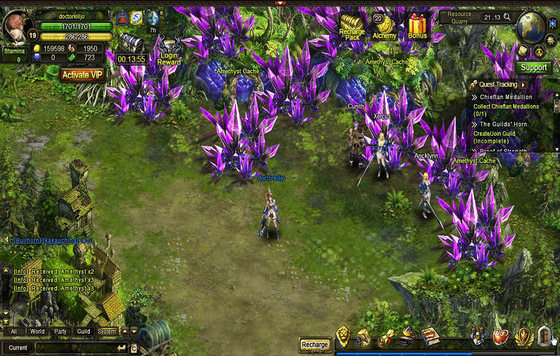 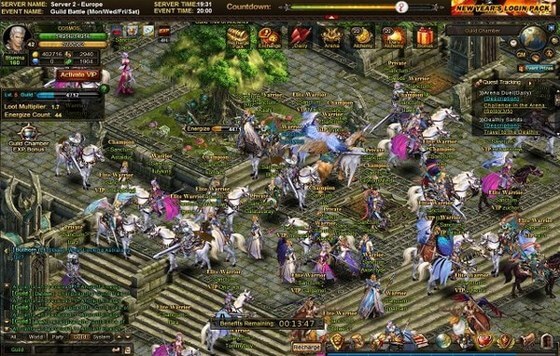 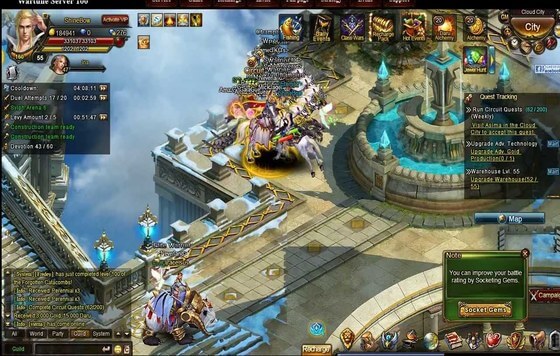 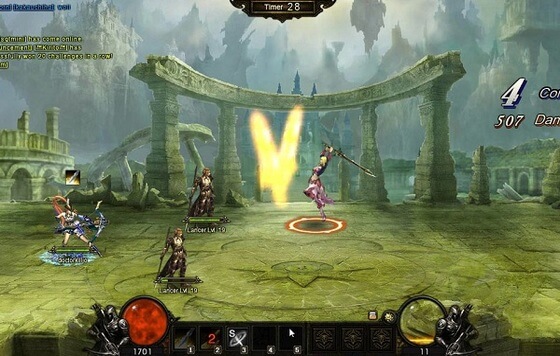 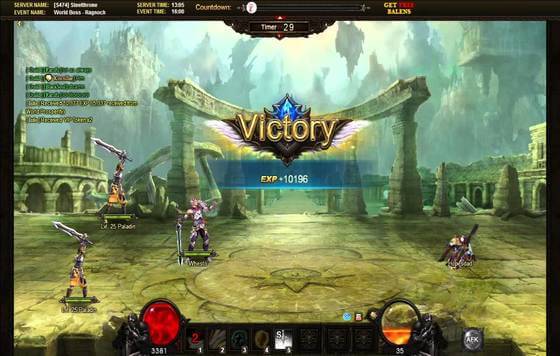