Rail Nation is a simulation-strategy MMO game based around the American rail system; the aim of the game is for the player to grow their railway empire and control as much as the continent as possible. Players manage their own company to purchase trains, upgrade them and their buildings, schedule train routes and also build new railways. The game is spread across 6 eras and the player must research into each era in order to get more upgrades for their trains.

Rail Nation is a train based simulation-strategy game and like most online strategy games, it uses real-time. The game requires players to wait for buildings to be upgraded, to research technology, for trains to complete their routes and to gain money from their buildings. Player input is only really needed for certain points of the game and once train routes have been scheduled, the game can be left to run by itself until the player feels like checking in again. Train routes will continue to collect money even when the player is offline which makes it possible to leave the game alone for days with no real negative repercussions.

The trains in the game do need maintenance doing however and if the train reaches a bad condition, it will no longer be workable. In order to fix it the player must pay out a large amount of money to fix the train. For players looking for a game they don't need to do much for, this is pretty much the main reason to log-in to the game; maintaining trains, doing a little bit of research maybe and upgrading trains. There's no real demand to log-in every single day as the game can continue by itself.

Research is slightly different to most real-time games; the game uses “research points” which can be put into a certain item that the player wants to research. These research points are regenerated over time, it is very slow however. This slows down research progression quite a bit for non-paying players who are forced to way almost two hours for one research point to be gained.

The strategy in Rail Nation is relatively deep for a browser game; the player has various paths they could take in order to grow their empire and each one has it's downsides. There are also 'alliances' in the game which allows players to form larger corporations to compete on the league table; the league table is mostly about making money. Other players can seen on the map, they are mostly seen once the player has spread out from their base city towards other cities. Other players are competition and will have an impact on the business of the player, early in the game however this is not much of a problem.

Putting money into the game allows the player to skip the long waiting periods for all aspects of the game. As the game advances, the waiting times become much longer and the system almost appears to be set up in this way to force players to buy in-game items with real money.

Rail Nation is simulation-strategy MMO that's filled with content for players to enjoy but it has a very clear negative area; the long waiting times forces players to either buy into the game or just check in once or twice per day. There's a learning curve to the game, like with most strategy games, however strategy fans shouldn't find this to be a problem. Strategy game fans should find this train simulation game enjoyable and browser strategy fans should be used to long wait times also. This is not a game that needs someone to care for it constantly, instead it's possible to let the empire grow by itself which makes it perfect for busy people. 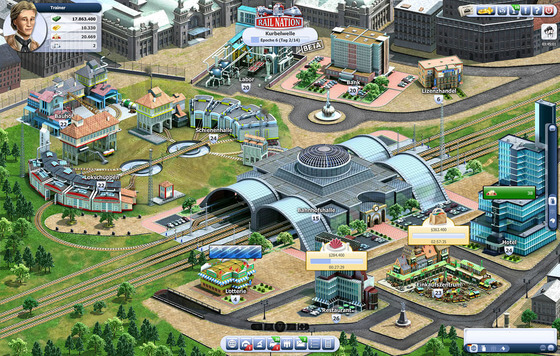 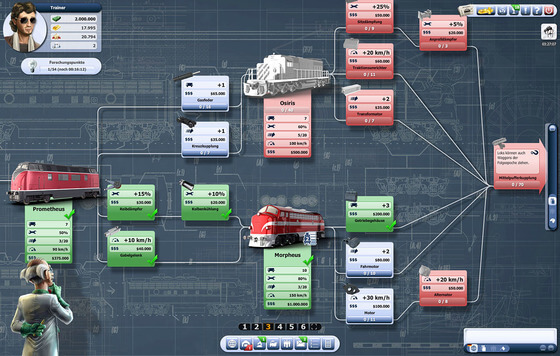 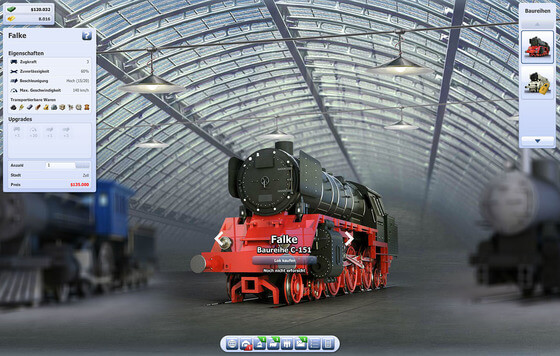 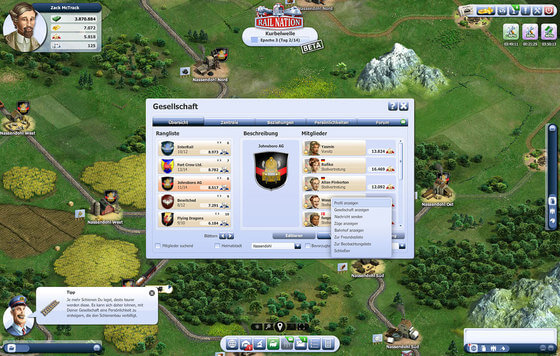 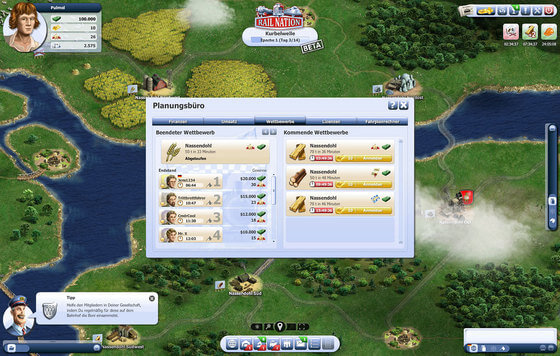 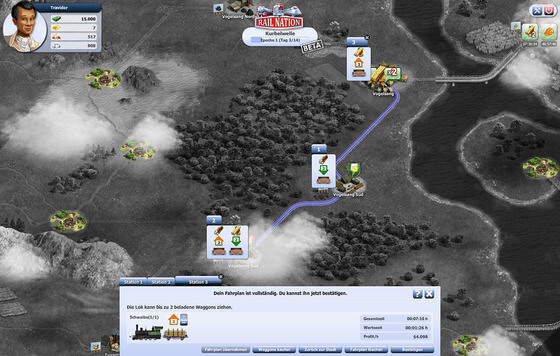 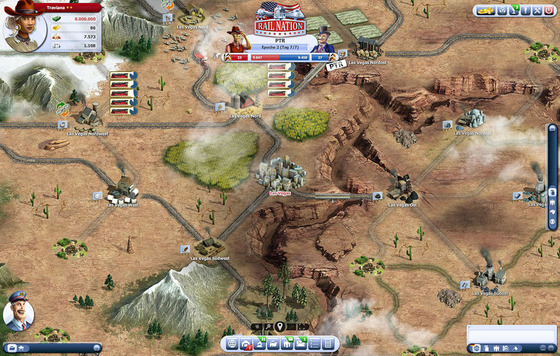 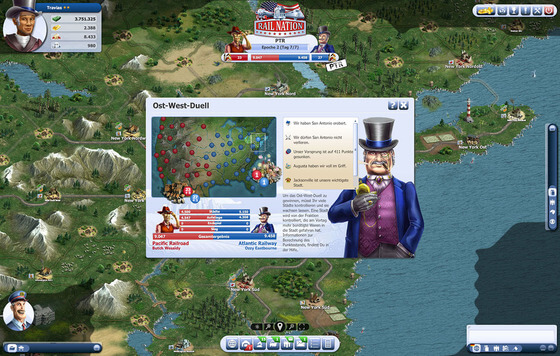 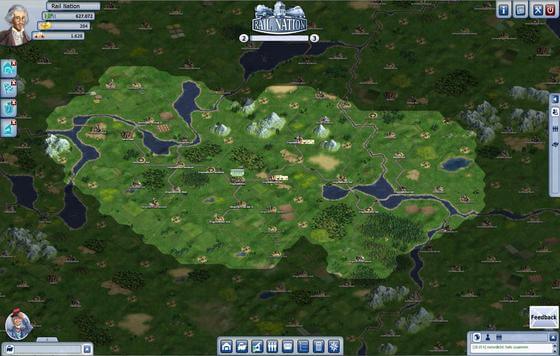 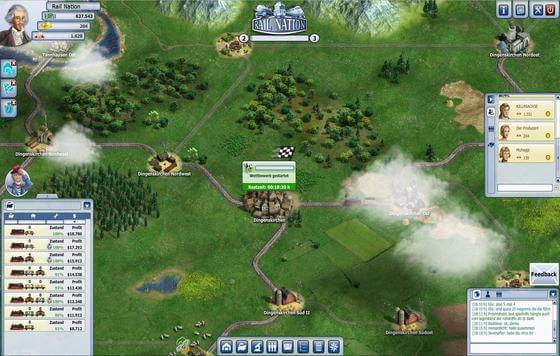 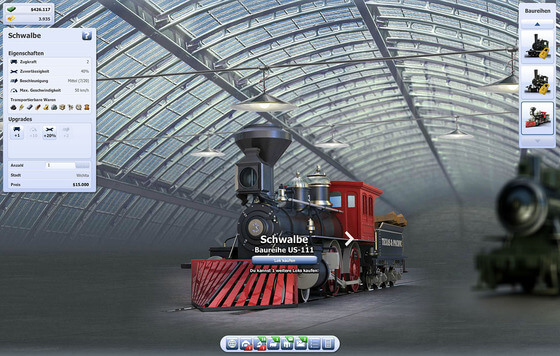 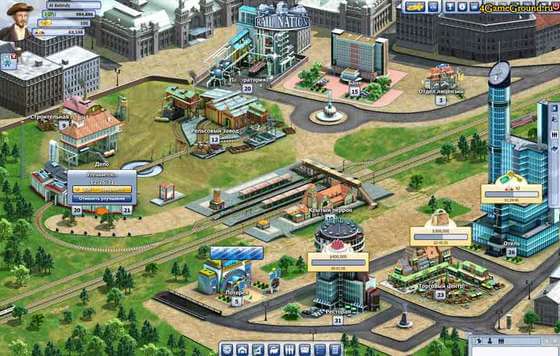 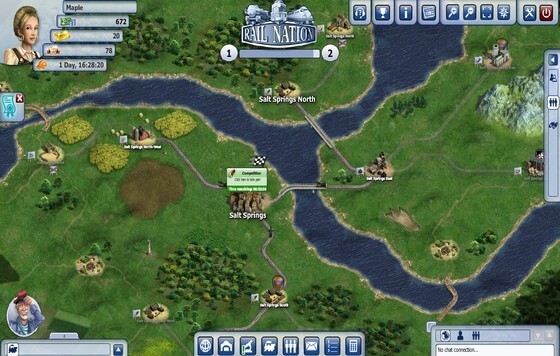 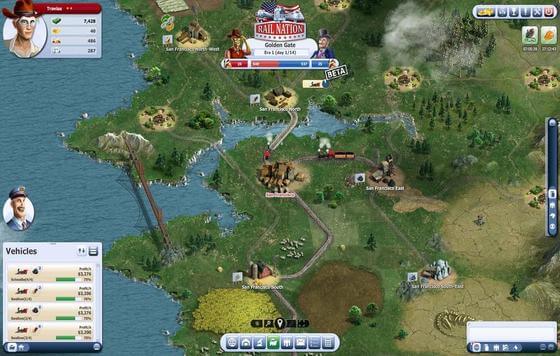 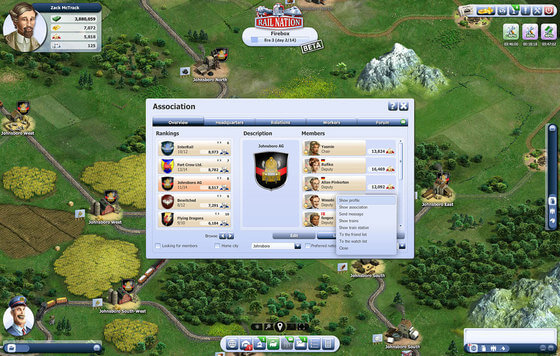 Cons: The waiting times, Players are encouraged to pay into the game